The Wheelie Box - The future of kerbside sort recycling

Sustainable Ireland's very own Golda Burrows trialled the Bryson Wheelie Box to see if it was a good solution for kerbside recycling. 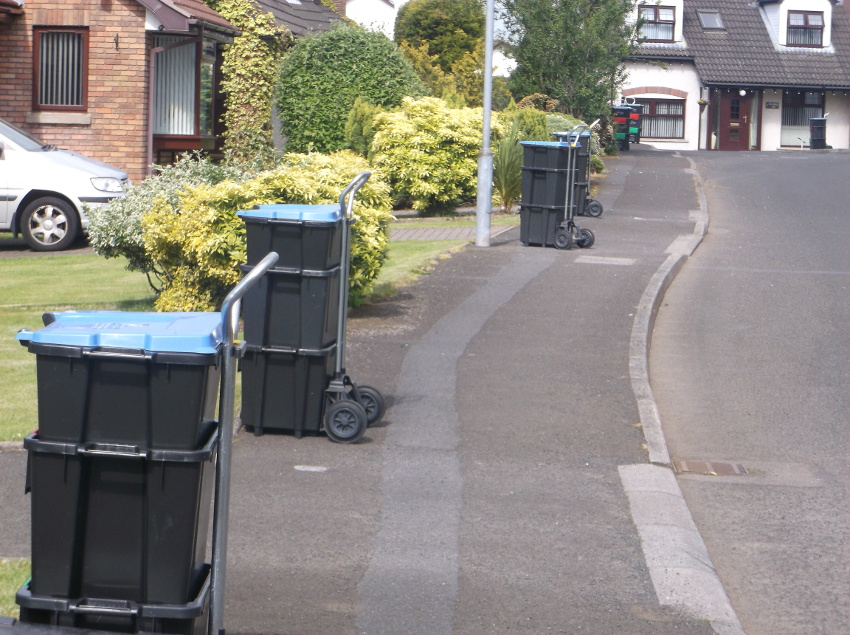 Antrim and Newtownabbey Borough Council have rolled out 35,000 Wheelie Boxes to date. Residents who received a Wheelie Box in Newtownabbey had their standard 240 litre refuse bin swapped for a 180 litre bin, with the aim of driving recycling figures higher, minimising landfill disposal, reducing collection costs and testing public acceptability of this approach. This has resulted in a 30% increase in recycling in those rounds who have Wheelie Boxes and a 90% satisfaction rate from 1160 residents surveyed.

The day I received my Wheelie Box I immediately started segregating my recyclables. It is easily manoeuvrable because it is on wheels, and its design encourages you to put the proper items in the proper compartments. The lower boxes flap open so I don't have to lift anything off, and the lid of the top box is hinged so won't blow away in the wind. Also, I don't have to make two trips to the kerbside now; it's just one run, on wheels.

For something that holds waste, the Wheelie Box is actually quite pleasant to look at, and they don't lower the tone of the neighbourhood when sitting outside houses. All in all, I'd thoroughly recommend it. It has certainly made my life easier and encouraged me to keep recycling.